Photos and illustrations that are either not serious or are not safe and verifiable, but they are part of the legend of Tesla
Tesla became a mythical figure for his great work. Various stories and legends are told and spun about him.
And here you can see some of them, sometimes with analysis, and sometimes the analysis will be left to you. The most famous of all is the legend of the Philadelphia experiment.
Then Tesla made an entire ship disappear. 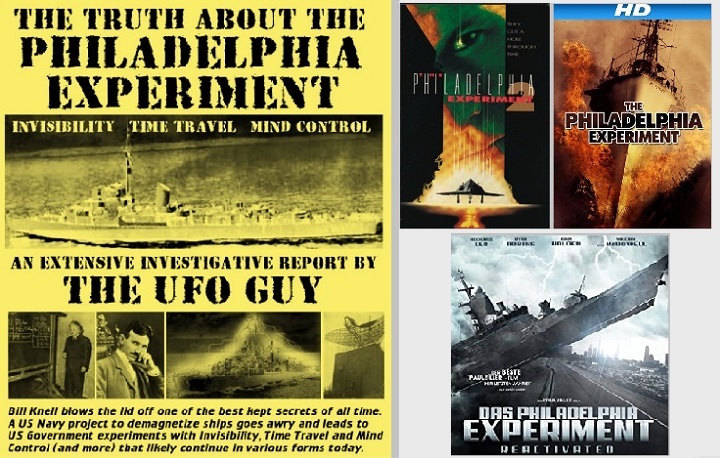 Everything here is too controversial to deserve a comment.
The experiment just didn't happen.
It is true that Tesla conducted some experiments and devices for the US Navy very successfully.
It is true that Tesla has implemented and demonstrated several wirelessly monitored processes and machines.
It is true that in its Teleautomatics, Tesla envisages the possibility of visualization and transmission of messages and ideas over long distances. And everything else is speculation and part of the Hollywood entertainment and mass media madness of the sensationalist press.
Part of the fun is Tesla's 3D virtual suit .

Some would say, part of the misuse of Tesla's name and vision.
There is also a Tesla car.

In his autobiography (1919) Tesla wrote:
As early as 1898 I proposed to representatives of a large manuacturing concern the construction and public exhibition of an automobile carriage which, left to itself, would perform a great variety of operations involving something akin to judgment. But my proposal was deemed chimerical at that time and nothing came from it.
Elon Musk i neki drugi ljudi su sto godina kasnije shvatili da je to sasvim realno i ostvarili profit.
NT fix meni